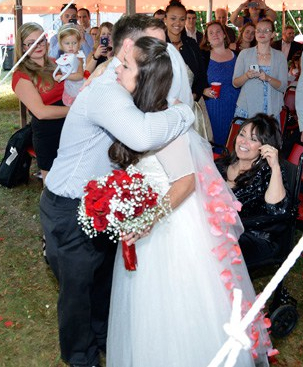 Last year, 16 days after my wedding, my brilliant 26-year-old son died of an overdose.  (Poor kid carried the burden of everyone calling him “brilliant” all his life — and now here I am saddling him with that as a first adjective even in death. Here’s hoping he no longer minds; I hope we get at least that much of a break when we go.)

Everything in my life centers on my loss.  My life was split in two between the life I had prior to Kyle’s death, and this life where he is unbelievably gone forever and I am still figuring out how to proceed.  The me who is typing this is still evolving into her full humanity and has decided to do it out in the open with this blog – a blog I launched informally on Facebook in the early days and months, though without thinking of it as a blog; it just seemed like the only place to pour my feelings, a sympathetic community, witness to my ongoing pain. Having my grief seen seemed vital.

Having my son’s death be the most important and central thing that’s ever happened to me feels awful; I don’t want this to be true. I want to be a writer first, or an activist, or some kind of changemaker…  Yet if you are meeting me through this blog, the fact of my son’s death must be my first self-descriptor.  If I didn’t start with, “I am the mother of a dead son,” I’d be censoring myself, which I do enough in the real world. I want to try to avoid that on this blog.

I am other things, too, but sadly they all feel ash-pale in comparison to the throbbing colors of my new identity as mother of a dead man.  But I am also a wife – a newlywed, in fact – and a happy one, with a life full (still!) of romance and passion, love and laughter.  I know I am blessed beyond measure that this is true. I pushed myself to resume making love with my wife within days of Kyle’s death. I know she was surprised, but also grateful I could provide her this proof that the best thing in our lives was not going to be destroyed by the worst thing that ever happened to us. (And yes, it was the worst that ever happened to her, too, because the woman she married just 16 days earlier was stolen from her the day Kyle died and replaced with a relentlessly distracted reproduction.)

I am also still a mother to two alive children and three alive grandchildren: to a foster daughter, Amy, who is as old as my wife (which is the least complicated element in my relationship with that daughter) and to a daughter, Jamie, born two years after my dead son. See how Jamie is described in comparison to my son – and his death? She was always second, and always living her life in contrast to his, which is harder now that her brother is dead. Worse, she has lost her best friend, the person who knew her best (better than I knew her, though I’m getting to know her more since Kyle died, now that she and I are open to learning who she is rather than trying to push her toward being something imaginary.)

I am also undergoing huge changes on the other side of being an adult child: I am the daughter of an aging (and raging-against-aging) mom who just moved here to Western Mass. This is the first time we’ve lived closer than 2500 miles apart in more than 35 years.  We’re emotionally very close, and we visited one another several times a year all the years we were apart. But now she is 25 minutes away and needing a lot of help with getting settled in, which I want to give her, but which I am also finding overwhelming. My son was living with my mother when he died. (Apropos of nothing, just to make clear my mind is always finding connections back to Kyle, no matter the subject.)

Finally,  I have also been a fund-raiser for Hampshire College for nearly a decade, and have worked in some job or another, usually more than one at a time, for 40 years, but I’m retiring Tuesday (in two days) and I wanted to launch this blog before I went so I could tell people as I said goodbye that they should check out my blog..  So here you go: I’ve started.

Mothering adult children is hard. Being an adult child isn't easy, either. View all posts by Lanette Sweeney

Everything is Before and After

A novel I loved in my 30s was a domestic suspense thriller, Before and After, by RoseEllen Brown. The teen son is accused of murdering his girlfriend– after which everything in the protagonist’s life suddenly divided into before and after that crime changed all their lives. Kyle’s death is that way; I date everything by it now, and I know the rest of us do, too.